It’s a tradition at Van den Bosch: every year jubilarians and retiring employees are put in the spotlight. Because of the pandemic, last year’s party was cancelled, but the 2020 jubilees were celebrated last Friday as well. Extra special: the party took place in the brand new Van den Bosch Academy.

No less than seventeen employees, with a total of 411 years of service between them, were invited to this evening together with their partners and managers. Eight of them celebrated their 12.5-year anniversary, while three have been with us for 25 years and one for even 40 years. Five drivers are now enjoying their well-deserved retirement.

Gratitude
At the Van den Bosch Academy in Erp, a special programme awaited the guests, including buffet, drinks and personal tributes. Before the evening got underway, CEO Rico Daandels first expressed his gratitude. "It's fantastic that we have so many people in the company who are proud to work for Van den Bosch. And that they keep going with unconditional passion and energy. They make our company that bit more admirable every day."

Daandels emphasised that it’s the employees who have brought the company this far. But not without their other halves. "Only thanks to your partners was this performance possible and we as an organisation were able to progress. Hats off!"

Work as a hobby
The jubilarian with the most years of service is Evert Bergers (61), who also met the love of his life at work: Annemarie. Evert started at Van den Bosch in 1980, at the insistence of his father. "I have two boys here who say they can drive a truck. Can you do anything with them?', my dad asked Ad van den Bosch. Now here I am. And if it's up to me, I'll still be with this great company when I’m 110. My work is my hobby, so I can easily keep it up for a few more years."

Still a family firm
Someone else who wants to reach the forty years of service milestone is 56-year-old Carlo Meeuwsen. This driver in heart and soul has clocked up 26 years so far. "Whatever happens, this is a lovely evening, with a lot of appreciation being shown," beams Carlo, whose son Wesley also works at Van den Bosch. "It's a giant of a company, but still a true family firm. Problems at home? Then they are squarely behind you."

The book can be closed
A lot has changed for Henk van den Berg this year, because he has exchanged the truck for his pension. "Reading a newspaper in the morning at my leisure - that's wonderful. I also have plenty of time to play golf and for my rabbits, and our grandson often comes to visit. After this special evening, which makes me feel really appreciated, the book can be closed. I've had some very good years, but now it's time for another, equally good period."

New opportunity, new energy
Sara van Bree's week also looks different these days. She has been employed for 12.5 years, mainly as a receptionist. "After roughly twelve years, I was ready for a new challenge," she says. "So I knocked on HR's door and asked whether they could offer me that within the company. And, yes - I was given an opportunity in the Marketing department. Now I’m full of new energy, which I mainly get from concept-based jobs and event organisation. I'm completely at home here!" 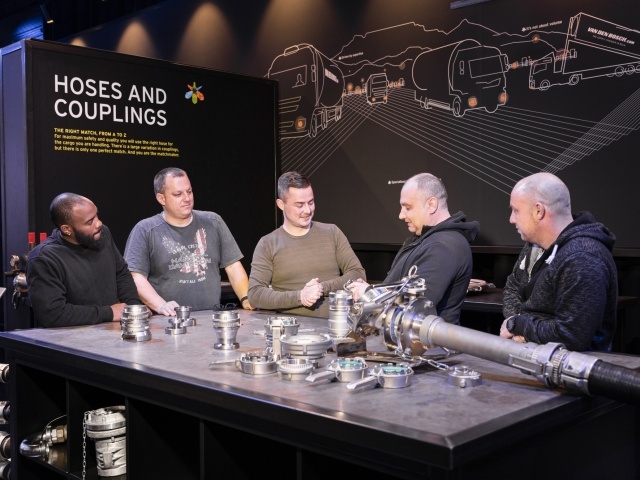 Have you always wanted to take a look at Van den Bosch? Or learn more about the world of bulk logistics? Then this is your chance! On June 1, 2022, Van den Bosch will organise the very first career event at the Van den Bosch Academy in Erp. Read more 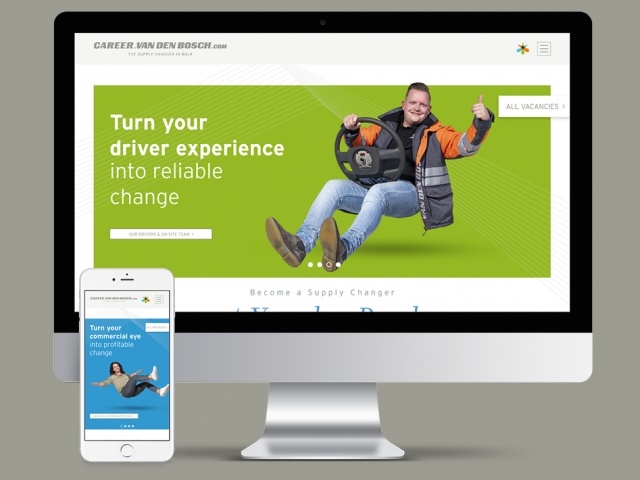 Here at Van den Bosch we love change. Especially if it is positive, sustainable and focused on bulk logistics. To put change in motion, we have been strengthening our teams with new talents, experienced professionals and visionary thinkers. With the launch of career.vandenbosch.c ... Read more Van den Bosch’s new talent development programme has been kicked-off. The programme’s focus lies on personal leadership, collaboration, and the business of the logistical service provider, whereby various employees are coached in their development. The programme’s duration is 10 ... Read more